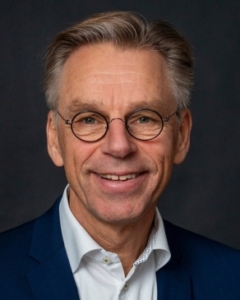 Jan started his career at DMV-Campina in 1981 in an R&D role and has since then been active in the global B-t-B Food, Agri and Pharma-supply industries. After a move to Tokyo to set up DMV Japan, he joined Creamy Creation as unit director. In 1999 Jan switched to director operations at Campina and was successfully responsible for sourcing & trading, production, logistics, plant investments and procurement. In 2009 he was appointed CPO of Royal FrieslandCampina.  In 2011 Jan moved to Germany in the role of CEO at DFE Pharma and in 2015 he joined Farm Frites International, a potatoe processing company, as CEO.  As of 2019 Jan was interim Director/Partner at Custom Management.

Next to his executive roles Jan Jongsma has been active in several non-executive governance roles at different companies and sports federations since 2004.

back to team
John van Grootel